All You Need to Know About The Agyapa Deal 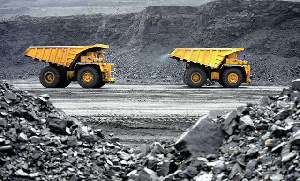 The Agyapa Royalties deal is part of the current government’s strategy to beat the long-standing problem of lack of capital for developmental projects.

Over the years, the government under different Executive presidencies have tried to look for money by going to the IMF, the capital market or the international bond market.

These three main sources of capital are expensive. Interest rates on the bond markets are generally high and because the tenure is short, Ghana risks falling into high debt distress.

IMF loans have become unpopular because they usually come with restrictions. Coronavirus seems to have made loans on the capital market unattractive.

And with Ghana’s current poor credit rating and the effects of the pandemic, the government needs access to cheaper sources of capital.

A deal like the Agyapa Royalties agreement, therefore, is among the strategies governments across the world have adopted to raise money on the global financial market. It involves securitising future flows of revenue with proceeds from the extractive sector.

The controversy over the Agyapa Royalties deal started on August 14, 2020, when the Majority MPs secured the numbers to pass the agreement although the Minority staged a walked out.

In this Explainer, British Accra weaves through the foundations of the deal to the current controversy that it has courted.

Foundations of the deal

The deal started in June 2018 when Parliament passed the Minerals Income Investment Fund (Act 2018) to manage the equity interests in mining companies and also receive royalties on behalf of the Government of Ghana.

The Minerals Income Investment Fund is mandated to manage and invest these royalties and revenue it receives on behalf of Ghana and invest them for higher returns.

To do this, the law enables the Fund to establish Special Purpose Vehicles (SPVs) to appropriate these investments.

In July 2020, the government introduced an amendment to the Act to ensure that the SPVs that the Fund would establish to manage investments get unrestricted independence.

On the back of the amendment and the original provisions of the act, the Minerals Income Investment Fund set up an offshore limited liability company known as Agyapa Royalties Limited (previously Asaase Royalties Limited).

The Agyapa Royalties Ltd is incorporated in Bailieick of Jersey in the UK, a tax haven. It has been incorporated in a tax haven to cut out the associated high tax charges to the returns that will accrue to the state from the investments.

Agyapa Royalties Limited is registered in Ghana as an external company.

How Agyapa Royalties will operate

– ARL will raise between $500 million and $750 million for government to use for developmental initiatives – the government has revealed the four key areas of investment will be education expenditure, primary capital, health and infrastructural development.

– Future resources from gold royalties will go to ARL shareholders instead of the Mineral Investment Fund and for that matter government. Essentially, the government is mortgaging expected royalties from gold in exchange for about $500 million – $750 million from ARL.

The Minority MPs have led the opposition to the deal but recently at least 15 CSOs in the extractive sector have joined the call for it to be suspended.

– That creating the SVP as an offshore company in a tax haven will make it difficult to oversight the firm.

– That the agreement makes it impossible for a future government to replace managers of Agyapa Royalties although the Minerals Income Investment Fund will remain the majority shareholder.

– That the deal is bad because it seeks to mortgage future revenues from gold royalties for a lump sum money now.

– Fifteen CSOs in the extractive sector, fronting under the name ‘Alliance of CSOs working on Extractives, Anti-Corruption and Good Governance’ want the deal suspended for lack of transparency.

The main controversy over the deal is linked with the initial name for the SPV, Asaase Royalties. It has been alleged that some powerful people in current government-owned Asaase Royalties and the name was changed quickly when the cover was blown.

The identities of the top management of Agyapa Royalties, like the son of Senior Minister, Yaw Osafo-Maafo, has also been a source of controversy.

See also  ‘This dumsor is a different kind of dumsor’ – NPP's Buaben Asamoa
The Duke and Duchess of Sussex have announced the birth of their second child, a baby girl.Lilibet "Lili" Diana Mountbatten-Windsor was born on Friday...
Read more
International news