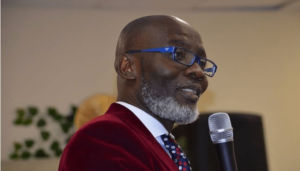 He is however optimtistic that President Nana Addo Dankwa Akufo-Addo will win without any problems on December 7, 2020.

Although the NPP will struggle with seats in Parliament, there is a deficit of sixty-three seats to be overturned and there is the need for work to be done by the party.

He said “The talk is: NPP will win the presidential race but struggle with parliamentaries. Don’t be nervous. Remember, the NDC has to overturn a huge 63-seat NPP majority (169-106). Go hard for every vote. The numbers are on NPP’s side”.

Ghana goes to the polls on December 7, 2020 to elect Parliamentarians and the President to steer the affairs of the country.

READ  Retire Intolerant Mahama with your votes – NPP to Ghanaians

This year, the battle is between the two leading political parties the NPP and NDC who present leaders who have tested power and will be voted for based on their track records.

Ahead of the elections, surveys run by some leading Institutions and personalities have run surveys which puts the President of Ghana Nana Addo Dankwa Akufo-Addo ahead of the leader of the National Democratic Congress (NDC).

President Nana Addo Dankwa Akuffo-Addo will be naming his new government from next week, Dailymailgh.com can reveal. Deep throat sources from the corridors of power...
Read more
Politics

President Nana Addo Dankwa Akufo-Addohas done away with eight of the new ministries he created in his first term. It is trite knowledge that the...
Read more
Politics

The Speaker of Parliament, Alban Bagbin says the New Patriotic Party (NPP) Caucus and the Independent MP for Fomena Constituency constitute the majority in...
Read more

READ  Senior Minister, Yaw Osafo-Maafo, Resigns? Service details
By continuing to browse the site you are agreeing to our use of cookies.