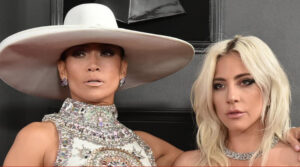 Lady Gaga and Jennifer Lopez are to perform at the inauguration ceremony for incoming US President Joe Biden.

Lady Gaga campaigned for Mr Biden during the election, appearing with him on the eve of the presidential election last November.

She will sing the national anthem at the ceremony on 20 January. Lopez, who also endorsed Mr Biden last year, will give a separate musical performance.

After the ceremony, Tom Hanks will host a star-studded televised special. 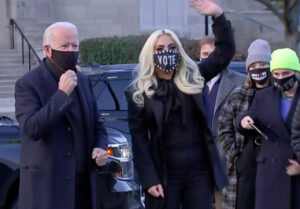 Mr Biden’s inaugural committee said it would “celebrate the beginning of a new national journey toward an America united” and “showcase the American people’s resilience, heroism, and unified commitment to coming together as a nation to heal and rebuild”.

Lady Gaga also appeared with Mr Biden in 2016 during his It’s on Us campaign to combat campus sexual assault, while Lopez took part in a virtual chat with him in October.

READ  Lil Wayne Receives Sentencing Date For Gun Charge
By continuing to browse the site you are agreeing to our use of cookies.