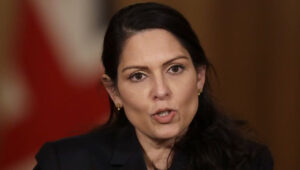 The proposal is part of what the home secretary has called a New Plan For Immigration, which she says will “make big changes”.

Refugees arriving in the UK will be given the right to remain permanently, under a new system the home secretary has described as “fair but firm”.

Priti Patel will announce that those fleeing war or persecution who come through the “safe and legal resettlement route” will be given indefinite leave to remain.

Currently, resettled refugees are allowed to stay in the UK for five years, after which they can apply for indefinite leave to remain.

This is aimed at giving refugees the stability they need to rebuild their lives in the UK.

Priority will be given to refugees, including children, in regions of conflict and instability, the Home Office said, rather than those who are “already in safe European countries”.

The plan will also include:

Ms Patel said: “Our New Plan For Immigration will make big changes, building a new system that is fair but firm. We will continue to encourage asylum via safe and legal routes whilst at the same time toughening our stance towards illegal entry and the criminals that endanger life by enabling it.

The head of the World Health Organisation said that the committee was unable to decide on whether to declare an emergency, but he decided...
Read more
british

No one can escape rising prices but one group that will be significantly worse off is pensioners. They could lose £1,500 over the next...
Read more
International news

The decision will come as a huge blow to the Russian President, who had been counting on Beijing's assistance in overcoming Western sanctions. China's president has...
Read more
International news

See also  Teacher suspended after he backed Putin's decision to invade Ukraine
LIVE – Updated at 05:57 Volodymyr Zelenskiy says new round of negotiations ahead but that deal would have to be subject to referendum; Joe Biden...
Read more