Trending News In World | Music | Film | Comedy | Fashion
Home Arts Photos: The story of the girl whose name,Mercedes was used to brand...
ArtsCultureFeatured

Photos: The story of the girl whose name,Mercedes was used to brand luxurious cars

This is where the company all started. In 1890, Gottlieb Daimler and Wilhelm Maybach engineered and sold the world’s first four-cylinder street cars that came from the factory read to go . Unfortunately for him, Daimler died 10 years after founding the company, but his name lives on as one of the most important in Mercedes-Benz history.

Wilhelm Maybach served as Daimler’s chief engineer and designed the car that was purchased by the father of the 11-year-old girl that inspired the name Mercedes. Maybach is now synonymous with vehicles that cost a quarter of a million dollars. The name represents the most in luxury in the automotive industry and all started at the beginning of Daimler in 1890.

In 1900, the first Mercedes was born. It was a name given to a car that Jellinek modified and it came from his daughter, Mercedes. It had 35 horsepower and was considered to be one of the world’s first “modern cars”.

Since he made the company famous he decided to be selling agent for DMG and sold many of their cars in the process. Being successful in his sales job, DMG would do anything to ensure they keep him. He then decided to strike a deal with them and said if they allow the vehicles to bear the daughter’s name, he would buy 36 of their models. That was definitely a good offer and so DMG agreed and by this time the girl was only 11 years old. 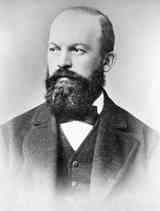 Things did not however go well with him years later and despite his business success, he faced serious accusations and all his property was taken by the state being left bankrupt. He was imprisoned and dies in exile few years after being bankrupt.

Mercedes who was the love of her father lived a life of poverty. From failed marriages and even survived on borrowing. Many even blamed the father and believed he was the one who destroyed her daughter’s life completely. Despite her name being used in the most successful car models, she herself died poor and she even did not benefit in any way from that. 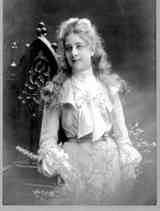 After her husband in her second marriage died, she had to survive on borrowing and lived like a beggar her entire adult life.

She is believed to have later died of cancer in her late 30s which is quite a young age. During her second marriage, her husband died obly after 7 days. Many would have expected her to be rich but all never went well with her. The question many still ask is who exactly was responsible for her failure.

Do you think Mercedes Jellinek’s father had to do with the daughter’s failure? 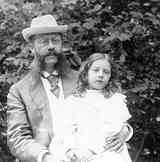 It is a little funny that the name Mercedes, not Daimler or Maybach, became the face of the brand because although Emil Jellinek had a lot to do with what the brand has become, his daughter Mercedes had nothing to do with it! It makes you wonder what Gottlieb Daimler and Wilhelm Maybach would think about it. If you want to learn more about Mercedes-Benz.

How Can The Money Being Used To Count Us More Than Us - Asks Heiress Jacintahttps://www.instagram.com/p/CPg6wkLA9ji
Read more
Arts

ZAFAA Awards 2021 opens nominations.Check out how to submit your movies.

There are numerous bizarre activities and events held across the globe each year in several countries. However, the ones that seem to surprise most...
Read more
Politics

#Fixthecountry: Allow the youth to protest

The Speaker of Parliament, Alban Bagbin, has thrown his support behind the #Fixthecountry protests.He believes citizens should not be gagged for demanding changes that...
Read more