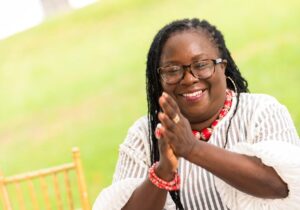 Dean of School of Information and Communication Studies of the University of Ghana has said the country has to hold the Akufo-Addo to his commitment to ensuring press freedom.

The President in his speech at the University of Cape Coast (UCC) on May 29, at a ceremony held to confer an honorary doctorate degree on him, debunked claims of a perceived culture of silence.

“A radio station is currently running a campaign against Free SHS. During the last election, I got the impression that Free SHS was endorsed by all parties and all that was needed to do was keep improving it. Would a spirited defence of Frees SHS constitute an attack on press freedom? I wonder,” he said on Saturday.

On the back of this, Prof Audrey Gadzekpo finds it “very reassuring that the President in his speech is reassuring Ghanaians of the government’s commitment to press freedom and we can hold him to that.”

Speaking on PM Express, Prof Audrey Gadzekpo indicated that though there is the perception that “there is a price to pay if you are too overtly critical of the government, it is not just media people who pay the price I imagine.

“It’s people who have certain aspiration, people who work in certain places. But I do think that sort of instinct has always been there,” she told Evans Mensah.

According to her, many critics have coiled up in their shells due to the perceived thought that “one would have to pay the price for speaking out.”

This, she said has made people more cautious of their comments in public.

She, however, noted that citizens must be encouraged the voice out instead of remaining silent.

She added that “I think that I sense a certain frustration from the President’s speech that sometimes when politicians push back at criticisms robustly is seen as silencing and he thinks that, that is unfair because if you are criticised, you have the right to defend yourself, you have the right to come back.

“What you don’t have the right to do, and I think in the President’s speech he affirms it, is to attack people, you know to go pick up people in the middle of the night and those things which we associated with the culture of silence.”

See also  #Fixthecountry: Allow the youth to protest
By continuing to browse the site you are agreeing to our terms and conditions
MORE STORIES