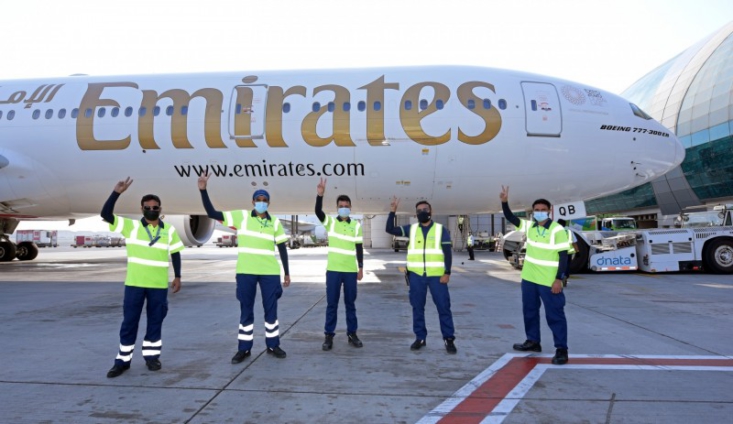 It is less than 72 hours since the airline company Emirates indefinitely suspended its flights from Accra to Dubai.

But already, persons who work in the tourism industry are beginning to incur what they describe as huge losses.

Managing Director of Adansi Travels and Tours, Gideon Asare, says some of his clients had already made hotel bookings and paid for Covid-19 testing.

“The effect, I can’t even describe it. It’s so huge that most of our customers are worried and confused and don’t know what to do. And this is a lot of investment that they have kicked into their travel,” he told JoyNews.

“Besides that, we have another 90 people who are also scheduled to travel on the 5th and 6th, they all have their tickets paid for, their hotels paid for the sad aspect is even those who spend money to do Covid testing on Sunday hoping to fly on Monday and their Covid test is wasted,” he added.

According to sources, the ban on the flights is due to the rising number of positive Covid-19 cases recorded on outbound flights arriving in Dubai from Accra and Abidjan.

Ranking Member of Parliament’s Foreign Affairs Committee, Samuel Okudzeto Ablakwa, says some international travellers have been left stranded due to the ban.

“As I speak to you, we have stranded passengers who have made arrangements, they have bought their ticket, they have paid hotels, bills, arrangements have been made for their pick up, and you leave them in limbo like this. And the most nauseating part is that this is so discriminatory you cannot imagine,” he said.

Earlier, Mr Ablakwa tweeted that the decision taken by Emirates is offensive and depicts racism since the active case counts of France, UK, Italy, the USA and India are far higher than that of the selected African countries which the ban affects.

“Emirates’ travel ban imposed on selected African countries including Ghana, effective December 28, 2021, is by a mile the most discriminatory, offensive, senseless and retrogressive step.

“Ghana, Angola, Guinea, Kenya, Tanzania, Uganda, Cote d’Ivoire and Ethiopia do not have an active case count and hospitalisation anywhere near that of France, UK, Italy, USA and India whose citizens are all allowed, rightly so if I may add, to still travel to and transit through Dubai,” he said in a tweet.

He advised African presidents to collectively withdraw from the ongoing Dubai Expo, which is expected to close on March 31, 2022.

He further noted that global challenges like the coronavirus demanded global solutions and not biased reactions against countries.

Illegal Albanian migrants have been deported within days as part of an attempt to speed up removals and counter the surge in Channel crossings.
See also  Diversity review under way at Buckingham Palace in reaction to Meghan Merkle’s interview
Migrants© Provided by...
Read more
International news