Trending News In World | Music | Film | Comedy | Fashion
Home Culture 'Definition Please' and 'Donkeyhead' explore what it's like to reach adulthood and...
CultureEvents

The film “Definition Please,” Sujata Day’s directorial debut, centers on a meandering, former spelling bee champion and her fraught relationship with her brother.

(CNN)In the opening sequence of “Definition Please,” 8-year-old Monica Chowdry is asked to spell one final word correctly before she can be declared the Scripps National Spelling Bee champion.

The word: Opsimath. Definition: A person who begins to learn or study late in life.
This is the irony at the heart of “Definition Please,” the 2020 directorial debut of Sujata Day now streaming on Netflix. Monica (portrayed as an adult by Day) spells the word correctly and wins the bee, attaining the stereotypical pinnacle of success for an Indian American child. But 15 years later, the character is back living at home in Greensburg, Pennsylvania, and hasn’t exactly lived up to her potential.
The film’s title is a metaphor, Day said, for Monica’s malaise. 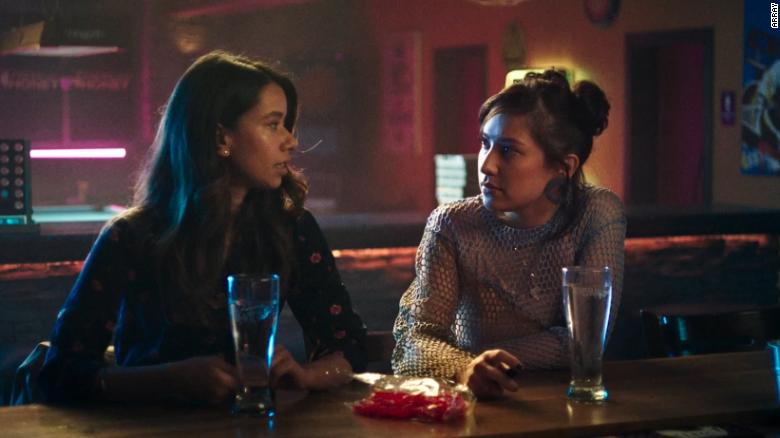 In “Definition Please,” Monica Chowdry finds herself living at home in a state of stagnation.
“When you’re up there doing the spelling bee as a contestant and you are searching for more time, you say ‘definition, please’ or ‘language of origin’ or ‘can you please repeat the word?'” she said in an interview with CNN. “Not only is this young woman a former spelling bee champion, but she is also looking for definition in her life.”
In other words, “Definition Please” is a story about being stuck and finding your way out of the slump. Along the way, Monica’s relationships with her brother Sonny (Ritesh Rajan), her mother Jaya (Anna Khaja) and her best friend Krista (Lalaine) — and those characters’ own struggles — help her figure out how to move forward. 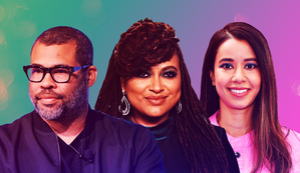 Analysis: Creators of color, your time in Hollywood is now
The question of how to move forward is also at the center of “Donkeyhead,” a film from English-Canadian director Agam Darshi that is also now on Netflix. It follows Mona (played by Darshi), a failing writer in her mid-30s who is living in her childhood home in Canada with her ailing Sikh father. When he falls into a coma, Mona starts to unravel and her three siblings show up to handle things.
Both films, which were recently acquired by Ava DuVernay’s distribution company Array, tell stories about children of Indian immigrants (Bengali Hindus in “Definition Please” and Sikh Punjabis in “Donkeyhead”). But instead of their cultures taking center stage, the characters grapple with stagnation and subvert cultural expectations — challenging the model minority trope in the process.

In “Donkeyhead,” Mona is the black sheep of the family — the only one of her siblings who doesn’t appear to have it all together. She resists religious convention, pushing back when her aunt wants to host three days of continuous Sikh prayers at the family home. Her writing career is in shambles after she failed to turn in her book draft. To top it all off, she’s having an affair with a married man.
Put another way, Mona is the “donkeyhead” of the family. 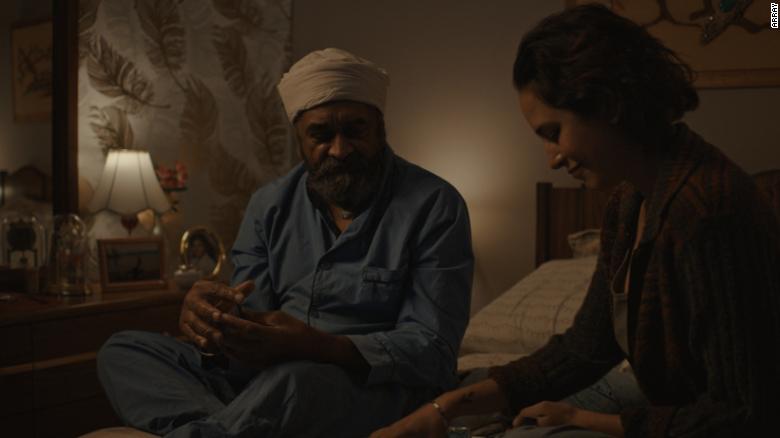 The title “Donkeyhead” is a reference to a common Punjabi insult and term of endearment.
“Sikh Punjabis obviously really love their kids, but they can be rough. The language can be rough. And it comes through in the child-rearing,” Darshi explained. “[My mom] would call me donkey every time I would do something stupid. As much as it is an insult, it’s also a term of endearment.”
But Mona is also the one who stayed behind to care for their father after his cancer diagnosis — despite the abuse she experienced at his hands when she was a child. In doing so, Mona is trying to prove to her father that she’s more than the “donkeyhead” he sees her as. But she’s also reckoning with the fact that when her father dies, she might finally be forced to confront her aimless existence.

They’re both universal and specific

“Donkeyhead” is at once universal and specific. It’s an exploration of messy family dynamics, compassion, forgiveness and self-discovery. But it tells that story through the distinct lens of a Sikh, Punjabi immigrant family — a demographic that has rarely been depicted with nuance and complexity on screen. 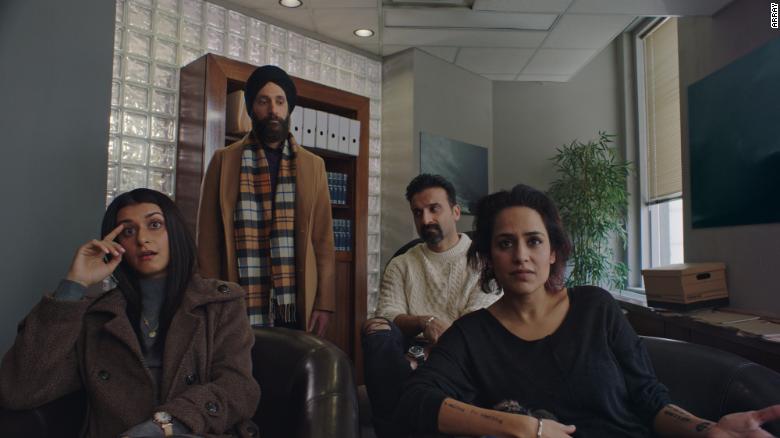 In “Donkeyhead,” Mona and her siblings are preparing for their father’s death while coming to terms with their own fears and insecurities.
“I really wanted to represent a messy, flawed South Asian woman because I don’t think we have enough of that in cinema,” Darshi said. “And I really wanted to represent and create space for a Sikh, Punjabi man with a turban on camera in a way that we’ve never seen before either.”
Day had similar ambitions for “Definition Please.”
“What happens in Western media and Hollywood stories is they depict all Indians as the same people, whereas there’s Gujaratis and Punjabis and South Indians and Bengalis,” she said. “Yes, we have a lot of similarities but we also eat different food, we wear different clothes, all of our weddings are different. I really wanted to tap into my culture because I love when I watch films that are very specific, yet can be universal to all people.” 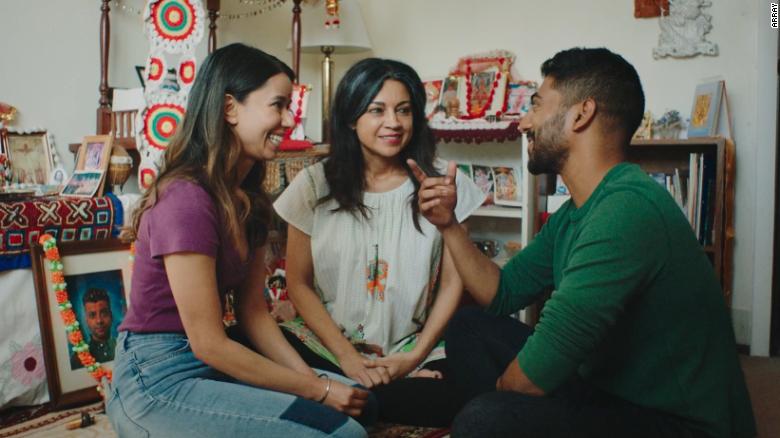 One of the central tensions of “Definition Please” is Monica’s estranged relationship with her brother Sonny — and their mother’s attempts to reunite them.
“Definition Please” nods to Bengali soap operas, sprinkles in Bangla words and shows Monica co-sleeping with her mom. But its characters are facing very real challenges — Monica’s brother Sonny is battling bipolar disorder and the weight of always being compared to his high-achieving younger sister. His family members are coming to terms with how to understand his condition. Monica is dealing with her own issues.
“I wanted to show the beauty of that universal experience and normalize us as people, while also having the culture there as a background and not focusing the story on a character’s conflict with their culture,” Day added.

They normalize not having it all figured out 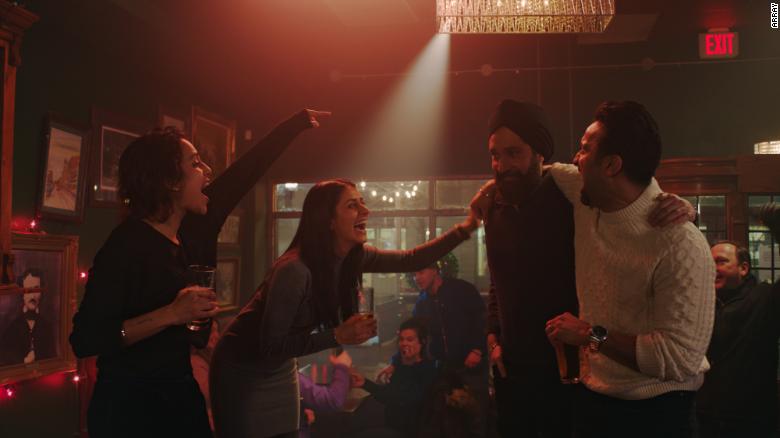 “Donkeyhead” director Agam Darshi sees her film as a kind of coming-of-age story.
Ultimately, “Definition Please” and “Donkeyhead” are coming-of-age stories of sorts — both exploring the feeling of being in a state of arrested development even after adolescence.
“I love coming-of-age stories, and I always feel like they’re somewhat wasted on the young,” Darshi said. “I think it’s so much more interesting to watch somebody who’s close to 40 having to start over and having to realize that everything that they had grown up with and believed in was perhaps false — that they have to start anew or that they’ve learned something and they’re coming into their own.”
Against the expectations of a culture that emphasizes achievement and success from an early age, the two films normalize the experience of being an adult and not having it all figured out. They signal that it’s okay to be a late bloomer, or in the words of former spelling bee champion Monica Chowdry, an opsimath.
See also  The 20 Most Famous Supermodels of the '90s
Facebook
Twitter
Google+
Pinterest
WhatsApp
ReddIt
Tumblr
Telegram
Mix
VK
Digg
LINE
Viber

The weekend has arrived at last, and the Netflix Top 10 lists are awaiting anyone who’s looking for something to stream during their downtime. This past...
Read more
Events

The London Eye is such a permanent and iconic fixture in the city’s skyline that it’s easy to forget looking pretty isn’t actually its...
Read more
See also  The London tourist attraction named the best in the UK by Tripadvisor but visitors share mixed opinion
Culture

Bodybuilder Joey Swoll (@thejoeyswoll) has been calling out people’s videos recently, setting the record straight with influencers who take exception to behaviour in public...
Read more

See also  2022 Grammy Awards: Rocky Dawuni Grabs A Nomination
By continuing to browse the site you are agreeing to our terms and conditions
MORE STORIES