The 23-year-old nephew of the Sultan of Brunei, worth a whopping £16bn, was released by Portuguese top-flight side Maritimo in December after failing to make a single senior first-team appearance. But Bolkiah, who had spells at several Premier League clubs including an unsuccessful trial at Arsenal, time at Chelsea and a long stint with Leicester City, has turned it around in Southeast Asia.

The winger, who was handed the number 11 shirt at his new club, has yet to get on the scoresheet but already has three assists to his name across 10 appearances, five of which were starts. And he has already been named man of the match twice for Chonburi, who currently sit sixth in the league and are just four points behind third-placed Chiangrai United.

The turnaround in Bolkiah’s footballing fortunes means he has finally been able to treat his fans to a glimpse of his performances on the pitch on his social media rather than just his glamorous life off it. He now regularly treats his 232,000 Instagram followers to photos and videos of him in action for his new club, including footage of him running rings around rival defenders before firing in crosses or having shots on goal.

Chonburi FC tweeted his impressive stats after his last man-of-the-match performance against Chiangmai United earlier this month, which included three shots and a 68.2 per cent passing accuracy. His impressive start with the Thai outfit means he has every chance of seeing out his contract, which ends in May 2023.

The 23-year-old has six senior international caps, and fans in his homeland are revelling in his unexpected success after his years of footballing disappointments. Brunei-based Borneo Bulletin says he is “shining” in the Thai top flight.

News of Bolkiah’s life career lifeline move emerged late last year after his release from Maritimo. Chonburi boss Sasit Singtothong insisted at the time the player had been signed because of his quality and not his background.

He told the club’s website: “It’s really exciting with the team having players that the media from all over the world hit the news. He is the richest footballer in the world. But that’s off the pitch. “Because we pay attention to the players who will increase their potential.

“First of all we can feel that he is professional – he didn’t want any special privileges more than a professional footballer will receive. I believe he will be a good choice for us attacking because he has great skill and ability, including having experience as well. He has also been played through a lot in England. It will be good for our club to fight for the Thai League for sure.”

See also  ‘Welbeck said it wasn’t a penalty!’ – Henderson fumes at VAR after Liverpool are held by Brighton

Bolkiah said soon after signing for Chonburi: “I’m really happy and everyone had helped me in settling really well. The players are really nice and all of the staff had helped me. The last two years I don’t think I had much of an opportunity to show what I can do on the pitch at the last place I was at.

“So, I had to really be careful about my next destination so that I can get a chance to show what I can do. After speaking to the coach, it was one of the main reasons why I came here. I felt that this is the right place to come to progress at this stage of my career.”

The Brunei international was dubbed the richest footballer in the world after his attempts to make it in the beautiful game became public earlier this year. His dad Jefri is the brother of oil tycoon Hassanal, making Faiq a member of Brunei’s royal family and one of the heirs to the sultan’s fortune. 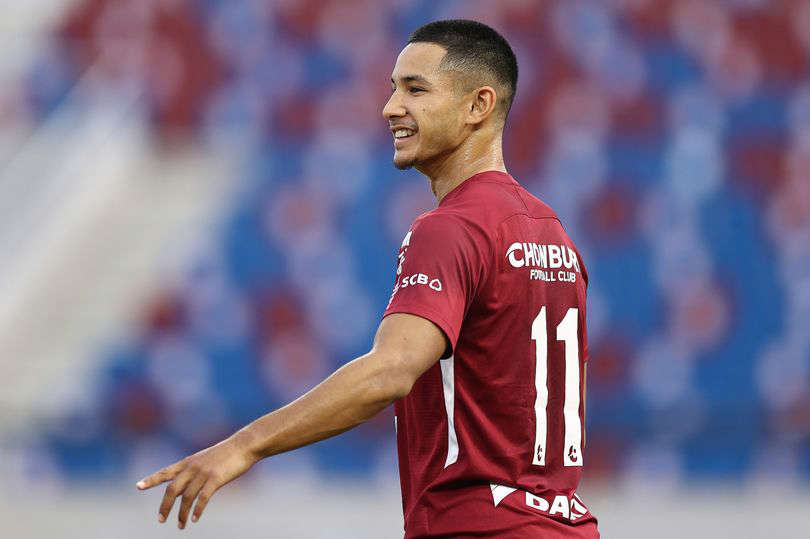 Jefri is said to have owned 2,300 cars at the height of his wealth, including a fleet of Bentleys, Ferraris and Rolls-Royces and once spent around £5m on a rug woven with gold threats and jewels. For Faiq’s seventh birthday, he reportedly flew Michael Jackson in to perform a private concert and paid the late singer £12.5m

Former Stamford Bridge team-mate Ruben Sammut said Bolkiah was always “humble” in the dressing room. “You would never ever have thought he was something like the 12th in line to the throne,” Sammut told The Athletic in 2020.

“We used to play against him. I think he was at Reading. We didn’t realise who he was and nobody at Chelsea initially knew what his background was.”

Los Angeles-born Bolkiah, who has a photo on his Instagram of him meeting Queen Elizabeth, shot to fame after he was signed up by Southampton ’s academy. After spells at Arsenal and Chelsea he signed a three-year contract with Leicester but made just a handful of appearances for their U19 team.

See also  Man Utd may have to sell after 'embarrassing' Raiola comments, says Berbatov
Arsenal fans have been raving about Kieran Tierney's performance for Scotland against Ukraine© Stuart MacFarlane/Arsenal FC via Getty ImagesArsenal and Scotland fans are claiming that Kieran...
Read more
Sports

Chelsea are reportedly ‘considering’ recalling Callum Hudson-Odoi in January as Graham Potter is keen to work with the Englishman.Graham Potter on the touchline© PA ImagesHudson-Odoi...
Read more
Sports

Chelsea are reportedly planning to ‘return to the assault’ for AC Milan winger Rafael Leao in January after failing to sign him in the...
Read more
Sports