Gary Neville has been referred to the Attorney General for potential contempt of court over a social media post at 4am on the morning of the opening day of the trial of Ryan Giggs. 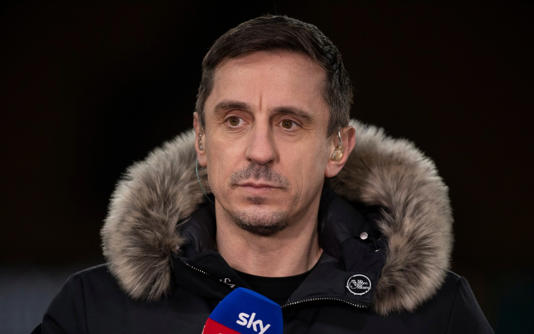 Mr Giggs’ now business partner’s post was brought to the attention of the judge on the third morning of the trial, with proceedings scheduled to get under way just six hours later.

Judge Hilary Manley has now referred the issue to the Attorney General. This followed the jury being discharged on Wednesday, having failed to reach a verdict on the 17th day of the trial.

A source close to Mr Neville told The Telegraph he refuted the allegation.

They said the post was in reaction to the owners of Manchester United – the Glazer family – and the fans’ demonstration in protest at the way the football club was being run.

By the time the judge had been made aware of the post, thousands of people had already liked it, including Melanie Sykes, the television presenter, who also reacted with a heart emoji.

A member of the press brought it to the attention of the lawyers in the case, who in turn sent the image to Judge Manley.

She said: “Having reviewed the law and potential contempt, I have brought that matter and that particular post to the attention of the presiding judge of the circuit.”

The judge said that she wasn’t aware that any jury member had seen the post, and therefore she was happy for the trial to continue.

See also  Photos: Clemento Suarez Steps Out With His Curvaceous Wife For The First Time In Grand Style

But the post was sent before she had given her direction to jurors not to view anything online to do with the case.

On the morning of the third day, Kate Greville, Mr Giggs’s ex-girlfriend, was in the witness stand, and Peter Wright QC for the Crown said: “It’s not known whether she has seen it at all, but in the context of the evidence that has already been given in this case, that is a matter we may seek to return to in due course.”

Chris Daw QC, for the defence, said: “Your honour, in terms of any potential implication – we make it crystal clear Mr Giggs did not know about this.”

See also  ‘Welbeck said it wasn’t a penalty!’ – Henderson fumes at VAR after Liverpool are held by Brighton

He said there was a secondary concern because of the nature of social media, a juror could stumble across the post without seeking it out because it would appear on their feed if they followed Mr Neville. 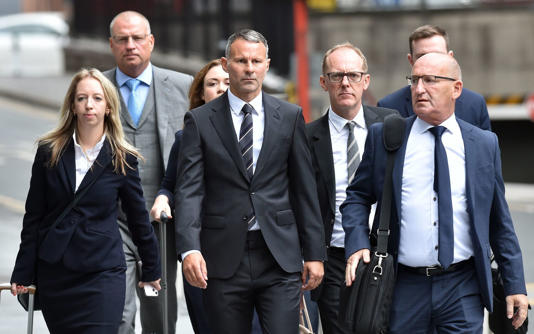 Bur Mr Daw said the “further concern” was for “jury contamination against the defendant by association”, and any assumption that he asked Mr Neville to do it.

At the end of day 17, after sending the jury home, Judge Manley said: “One other relevant matter I should deal with, on Wednesday, Aug 10, day three, the prosecution brought to my attention, a social media post.

“Both the prosecution and defence agreed with me, in the absence of any comment from the jury, and given my clear direction, the trial could properly continue.

“However, given the author is a person with a high public profile and his social media account has 1.5 million followers… could be seen to be an attempt to influence ongoing criminal proceedings and could be contempt of court.

“Accordingly, I am referring the matter to the office of the Attorney General for the consideration of a potential prosecution.”

Mr Neville graduated to the senior Manchester United setup with Mr Giggs in the early 1990s and the talented group of players – which also included Paul Scholes, David Beckham, Nicky Butt and Phil Neville – earned the moniker the Class of 92.

The six are listed as directors at Project 92 Ltd, who own League Two club Salford City FC.

Mr Giggs played 672 times for Manchester United – a record at Old Trafford – and Mr Neville is fifth on the list with 400 appearances. These came between 1992 and 2011, when they were teammates at the club.

Mr Neville was named on the defence’s list of witnesses which they could have called upon to give evidence to support Mr Giggs. He did not appear on behalf of the defence in person nor in the form of a written statement.

See also  Rangnick responds to Keane: I can't force players to play
The sad demise of former actor and immigration lawyer, Kwame Amoako occurred days after his birthday in the United Kingdom.He left behind his wife,Dilda...
Read more
Entertainment News

Charlie Brooks is set to exit EastEnders just 18 months after she returned as Janine Butcher. The evil and manipulative Janine Butcher will be...
Read more
Entertainment News

We finally have a release date for the second season of Gangs of London. After the launch of season 1 in 2020, fans have been eagerly...
Read more

See also  Rangnick responds to Keane: I can't force players to play
By continuing to browse the site you are agreeing to our terms and conditions
MORE STORIES