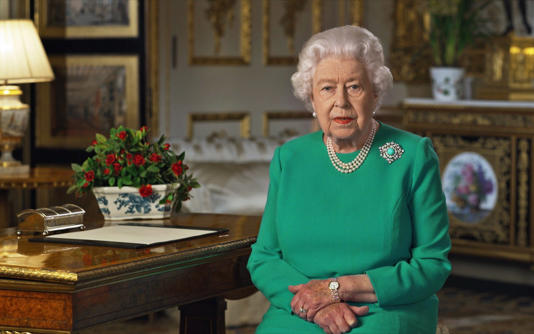 Britain has been granted an extra bank holiday for the day of Queen Elizabeth II’s state funeral on Monday, September 19.

Shops and schools will be closed, bin collections and postal services will be suspended and the majority of workers will be given the day off to watch the first state funeral of a monarch since 1952.

As the country continues to mourn the death of the late Queen, sporting and cultural events have also been cancelled as a mark of respect.

Here is everything you need to know.

Will there be a bank holiday for Queen Elizabeth’s funeral?

Yes. The bank holiday confirmation came when the King approved an order during the Accession Council.

Will there be a bank holiday every year?

There are currently no plans to make a permanent bank holiday every year in honour of Queen Elizabeth II.

However, a petition has been launched to mark September 8, the day of the Queen’s death, with a bank holiday annually. The campaign, set up by John Harris on petitions site Change.org, has already gathered more than 130,000 signatures.

The Department for Education said schools and colleges in England should remain open as normal during the mourning period, except for the bank holiday.

The message from the DfE went on to suggest that schools may want to “consider conducting special activities, holding assemblies or adapting planned lessons” to commemorate the Queen’s life.

Will shops close for the funeral?

Shops may choose to close on the day of the funeral. Official guidance from the Government states: “There is no obligation on organisations to suspend business during the national mourning period.”

Primark, WH Smith, Currys and Toolstation, however, are among businesses that have confirmed their doors will be shut to the public on the day of the funeral.

A limited number of Waitrose outlets on the route of the funeral may stay open to serve members of the public in attendance. These shops will be closed during the funeral service.

What about pubs and restaurants?

Fullers Group – which has 400 pubs across the country – has announced that it expects all its pubs to remain open on Monday.

“We anticipate that Fullers pubs will be opening on the day of the funeral to provide a place for people to come together and pay their respects,” a spokesman said.

McDonald’s is to shut all its restaurants in the UK on Monday from midnight until 5pm to allow staff to ‘pay their respects’ to the Queen.

What does this mean for other businesses?

The Department for Business, Energy and Industrial Strategy said the decision had been taken to “allow individuals, businesses and other organisations to pay their respects to Her Majesty and commemorate her reign, while marking the final day of the period of national mourning”.

Although bank holidays do not automatically give workers statutory entitlement to time off, and employers can include the day as part of annual leave entitlement, the department said that next Monday “will be a unique national moment, and we would encourage employers to respond sensitively to requests from workers who wish to take time off”.

What sports events are cancelled?

All horse-racing has been cancelled on the day of the funeral. No other major sporting events were planned for this Monday.

What else is impacted by the funeral?

Center Parcs had originally announced that it would order holidaymakers to leave its UK sites on the day of the Queen’s funeral.

The company was inundated with complaints after revealing that five of its parks would close for 24 hours from 10am on Monday to allow staff “to support our Queen on her final journey”.

It has since reversed its decision, saying that guests will no longer be ejected on Monday.

Royal Mail announced that it would suspend services on the day of the funeral as a mark of respect to the monarch.

Simon Thompson, chief executive of Royal Mail, said the service would continue to play an “important role” in delivering messages of condolence to the Royal Family.

Although courts in England and Wales will remain open during the mourning period, they are expected to hear only urgent matters on the day of the funeral itself.

The majority of councils in the UK have said that bin services will be fully cancelled on Monday, so will be a day later than usual for the rest of the week.

Related video: Is it right we have a Bank Holiday for the Queen’s funeral and will you be watching on Monday?

This extends to local recycling centres and publicly run tips in many areas. Commercial refuse collections will also be cancelled on the day of the funeral.

Normal street cleaning services will also be scaled back or cancelled entirely, according to some councils.

Areas in which public toilets will be closed throughout the bank holiday on Monday include Crawley in south London, Thanet in Kent, the Scottish Borders area and Dumfries and Galloway.

While parks will remain open, any cafes and activities or centres within them will be closed. Even cemeteries will be closed on the day of the Queen’s funeral.

Almost all publicly run buildings will be closed on the day of the funeral – including town halls, libraries, leisure centres, swimming pools and gyms. In some areas, facilities such as artificial football pitches or independent fitness studios will remain open.

Youth centres, family and children’s centres and adult social care (for those suffering from illnesses and with learning disabilities) have also been announced as being shut on Monday in many areas across the country.

Councils have said they will be operating emergency and out of hours services only, for those in need.

Local markets which are usually held on a Monday will be cancelled for the bank holiday. Affected areas include Hackney in London, Preston in Lancashire, Rotherham in Yorkshire, Shrewsbury in Shropshire and Gillingham in Kent.

Stations that could be affected by the funeral are those nearby to the procession route: Charing Cross, Green Park, Hyde Park Corner, St James’s Park and Westminster.

Some transport operators are scheduling extra services into the city to allow mourners across the country to come and pay their respects, while the Elizabeth Line will run a special service of 12 trains per hour between Paddington and Abbey Wood on Sunday 18 September.

Sunday will see reduced timetables offered by bus services across the holiday, in preparation for the bank holiday/

Transport providers have announced that all services on the Isle of Wight and in Newport, Wales will stop running between 10am and 2pm on Monday, so that drivers can watch the funeral. Areas where Park and Ride services run will also not be operating on the day of the funeral.

Exact details of road closures and restrictions are yet to be announced but it is likely that the whole of Parliament Street will close for the procession. Parliament Square, parts of Broad Sanctuary, The Mall and Constitution Hill are likely to be pedestrian-only too.

Horse Guards Road was shut off completely to vehicles for the Queen Mother’s funeral procession in 2002, so will potentially be the same on Monday.

Historic sites across the UK, from Stonehenge to HMS Belfast, will be closed on the day of the Queen’s state funeral as a mark of respect.

English Heritage, which cares for the world famous prehistoric stone circle as well as other important monuments and properties including Dover Castle, Eltham Palace in London and Roman forts on Hadrian’s Wall, said all of its sites would be shut on Monday.

National Trust houses, gardens, cafes and shops will also be closed on the day of the funeral.

The organisation said coast and countryside car parks and pre-booked holiday cottages and campsites would remain open for visitors.

The Imperial War Museums, which has museums in London, Manchester, Duxford, Cambridgeshire, the Churchill War Rooms in central London and HMS Belfast on the Thames, is closing all five sites on Monday.

The National Museum of Scotland is also shutting its doors to visitors, and Museum Wales said it will close its seven sites on Monday.

British Cycling has apologised after issuing guidance not to cycle during the state funeral on Monday.

The original British Cycling guidance said it “strongly recommends that anybody out riding their bike on the day of the State Funeral does so outside of the timings of the funeral service and associated processions”.

However, the group has since withdrawn its advice, admitting it had “got this one wrong”, after members criticised the guide and argued that it would prevent commuters’ rides or those wishing to exercise.

The Royal Household has said there is no requirement to cancel any planned events or activities, amid concern at a flurry of cancellations affecting medical appointments, funerals and food banks.

Thousands of GP and hospital appointments are being cancelled due to the bank holiday on Monday.

NHS hospitals in England have been urged to contact all patients with appointments on the day of the funeral of Queen Elizabeth II, whether or not their appointment has been postponed.

Some major hospitals have said they will postpone “the vast majority” of non-urgent cases. Others – including major cancer centres – have said they expect services to operate “as usual”.

The announcement of the bank holiday has left NHS services scrambling to reorganise services.

GPs have been told they can close their doors, with local areas asked to ensure there is sufficient “out of hours” services in place to cope with demand.

The closure of schools mean some doctors and nurses said they had no choice but to take the day off, in order to provide childcare.

Hospital trusts are expected to make their own decisions around appointments based on local staffing levels and whether or not local transport will mean patients and staff are unable to attend.

A spokesman for the NHS in England said: “As with any bank holiday, NHS staff will work to ensure that urgent and emergency services, including urgent dental and GP appointments, are available – and patients will be contacted by their local trusts, if necessary, regarding their existing appointments.

“Covid vaccination services, particularly in care homes, are being asked to continue their work given the importance of protecting people ahead of winter and the public should access NHS services in the usual way, including through 111 online or 999 in an emergency.”

Meanwhile the public has been urged to check they have enough medication over the bank holiday.

The sad demise of former actor and immigration lawyer, Kwame Amoako occurred days after his birthday in the United Kingdom.He left behind his wife,Dilda...
Read more
Politics

There are various ways you could sum up the new government to an outsider. It is vocally opposed to the nanny state, but its...
Read more