Chelsea ‘likely’ to sanction January exit of defender they purposely kept in summer, as early favourites emerge for move

Chelsea is considering a January loan exit for Trevoh Chalobah, according to a report that has named the current leaders in the race to sign the defender.

Chalobah is a Chelsea academy product who has racked up 31 appearances for the senior side so far. Only one of those has come this season, but the rest all came in a breakout 2021-22 campaign.

Chelsea were busy working on the evolution of their defence over the summer. After Antonio Rudiger and Andreas Christensen left, the club signed Kalidou Koulibaly, Marc Cucurella and Wesley Fofana.

It meant Chalobah’s position in the plans became unclear. The fact he has only featured once since indicates how he now has more of a battle on his hands to play regularly.

Despite this, Chelsea decided against sending the 23-year-old out on loan in the summer. There were plenty of interested parties queuing up, but the Blues kept him off the market.

According to Football Transfers, though, a loan exit is now looking ‘likely’ in the January transfer window.

His situation could change under new coach Graham Potter, but perhaps not enough. Therefore, his biggest hopes of gaining gametime could materialise away from Stamford Bridge.

Since he is under contract until 2026, Chelsea do not want to lose him permanently. However, they might acknowledge his wish to build up more experience.

Earlier in his career, Chalobah spent time on loan at Ipswich Town, Huddersfield Town and Lorient. Soon, he could be ready to broaden his horizons again.

The report from Football Transfers claims that intermediaries are at work to place Chalobah in Serie A. Specifically, AS Roma appear to be the main candidates to sign him.

Fellow Serie A sides AC Milan and Inter looked at Chalobah over the summer too, before opting for other reinforcements. Roma, however, did not manage to bring in any centre-back.

It is a position that Jose Mourinho might want further depth in, hence recent links with Manchester United player Victor Lindelof. The Portuguese tactician has often been using a back-three formation for Roma, who only have four natural centre-backs to rotate between.

Therefore, an extra option would be beneficial for the former Chelsea manager. And after Roma decided to avoid looking at free agents in favour of waiting for January loan opportunities, Mourinho might turn to his old club, with a player who was too young for him to have worked with before, for a solution.

See also  Sage stands down, signifying ‘end of Covid pandemic’ in the UK

If Chalobah was to join Roma, he would become the third English player in their squad. He could feature in the same defence as Chris Smalling, while linking up with fellow Chelsea academy product, Tammy Abraham.

It would be his own first experience of playing in Serie A, although as mentioned, he has played abroad before. During the 2020-21 season, he played 29 times in France’s Ligue 1 for Lorient.

Perhaps Italy could be his next destination, if only on temporary terms. And if Roma were to be the club he joined, Chalobah should have European involvement on offer. The Giallorossi are in the group stage of this season’s Europa League.

Therefore, unless they finish bottom of their group, they will either be continuing in that competition or the Europa Conference League by the time Chalobah could join them. 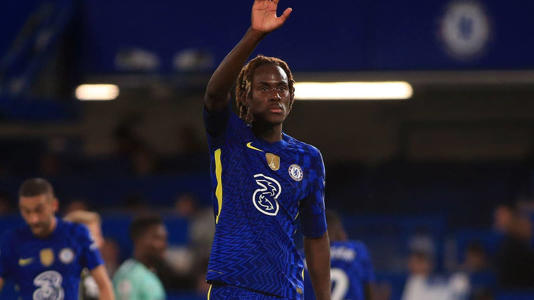 Domestically, he would have to hope his stint in Serie A would go better than his brother Nathaniel’s. The more senior Chalobah sibling only made five league appearances for Napoli during the 2015-16 season.

But with Trevoh Chalobah getting European experience under his belt already, perhaps he would be better equipped for the challenge. The presence of a strong communicator with an exemplary grasp of English like Mourinho would also help his adaptation in theory.

From their perspective, Chelsea must decide whether it would be best to find a Premier League destination for Chalobah to develop at, or if the opportunity to join Roma would be more suitable.

Given they have already sanctioned one stint overseas for the defender, perhaps another would be worth considering.

In the meantime, Potter would be able to rely on Koulibaly, Fofana, Cucurella, Cesar Azpilicueta and Thiago Silva until his return.

There are various ways you could sum up the new government to an outsider. It is vocally opposed to the nanny state, but its...
Read more
Sports

Arsenal fans have been raving about Kieran Tierney's performance for Scotland against Ukraine© Stuart MacFarlane/Arsenal FC via Getty ImagesArsenal and Scotland fans are claiming that Kieran...
Read more
Sports

Chelsea are reportedly ‘considering’ recalling Callum Hudson-Odoi in January as Graham Potter is keen to work with the Englishman.Graham Potter on the touchline© PA ImagesHudson-Odoi...
Read more