A majority of the public agree with so-called “woke” positions on issues such as racial equality, immigration and sexual identity, according to the latest annual poll of British social attitudes, in the latest sign that once-marginal liberal views are increasingly mainstream. 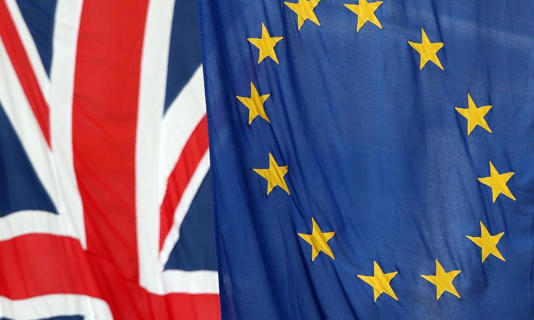 Although such issues are used by Tory politicians and the media to fuel “culture wars” and whip up antipathy towards a supposed politically correct cultural elite, the survey shows the balance of public opinion in Britain has shifted in favour of more inclusive attitudes over the past 20 years.

These suggest a rapid and significant shift in attitudes in Britain over recent decades. “As a country we are as liberal as we have been at any point since this survey started in 1983,” said the political scientist Sir John Curtice, a senior fellow at the National Centre for Social Research (NatCen), which carries out the survey.

The survey’s other key findings indicate public support for increased taxation and public spending, including on social security benefits, remained strong as Britain prepared to endure a punishing cost of living crisis. Support for redistributing income from the rich to the less well off was at its highest levels for nearly 30 years.

The pro-tax and spending were shared across the political divide, with 61% of Labour voters and 46% of Tory voters in agreement. Overall, 52% said government should raise taxes and invest more in health, education and social benefits.

The public’s healthy appetite for state intervention, a legacy perhaps of the perceived success of Covid support measures, may suggest they will support new prime minister Liz Truss’s £150bn cost of living support package. However, her support for tax cuts and disdain for redistributionary fiscal policies may be more jarring.

“Our survey suggests that the public faces the ‘cost of living crisis’ with as much appetite for increased government spending as it had during the pandemic. Despite the marked increase in public expenditure during the pandemic, support for increased taxation and spending is relatively high, even among Conservative supporters, said Gillian Prior, NatCen’s chief executive.

The survey also revealed the striking degree to which socially liberal views are far more prevalent in London. A third of Londoners (34%) are socially liberal, compared with just 19% of those in urban areas outside the capital. “London looks very different from the rest of the country,” said Sarah Butt, research director at NatCen.

Culture war rows have become increasingly prominent in recent years, ranging from disagreements over Britain’s colonial legacy, to whether moves towards and racial, sexual and gender equality “have gone too far,” with anti-woke critics specifically targeting liberal institutions such as the BBC, universities and national charities.

The survey asked a range of questions around issues of Britishness, national pride, the economic and cultural effects of immigration, and attitudes over equal opportunities. Its findings included:

See also  Meghan Markle won't be at Prince Philip’s funeral.Check out why

• The proportion of people stating that immigration was “bad for the economy” fell from 42% in 2011 to 20% in 2021. Those saying it was good rose from 21% to 50%. There were similar shifts in views on whether immigrants enriched or undermined Britain’s cultural life.

“For the most part our indicators suggest that, whereas it might once have represented a widespread view, now the ‘anti-woke’ position on ‘culture war’ issues often appear to be more of a minority one,” the survey found.

The relatively rapid change in views suggested it was not just generational, but that more older people were becoming more socially liberal .

Nonetheless, leave and remain supporters were divided in their views on culture war issues, the survey found. For example, 65% of Brexit supporters said it was important to be born in Britain to be “fully British”, compared to 34% of remainers.

See also  Is there fuel shortage in the UK and why are petrol stations closing?

While pushing a culture war agenda may successfully enthuse core Tory voters – and potentially rekindle post-Brexit electoral divisions between remainers and leavers – that audience appears to be diminishing, and there is no guarantee that the anti-woke effect will be powerful enough to win an election, the survey concludes.

Curtice said: “Inevitably some people are uncomfortable with such change in society, and will quite reasonably look to politicians to express their concern. But we cannot assume that the politicians who express that concern will find that their stance brings them electoral success.”

Health service satisfaction down – but faith in NHS principles strongLong waiting times for hospital and GP appointments and lack of government funding drove a dramatic decline in public satisfaction with the NHS in 2021. The 17 point year on year fall saw public satisfaction drop to 36%, its lowest level since 1997. However, 76% supported keeping the NHS free at the point of delivery. Rationing of services and poor staff pay drove record public dissatisfaction in adult social care services (50%)

Support for change in the UK voting system?There was majority public support for the introduction of a proportional representation system for voting MPs into the House of Commons for the first time since the survey began in 1983. Just over half (51%) favoured reform, up from 27% in 2011). While a majority of Labour voters supported PR (61%) only 29% of conservatives favoured electoral reform.

Increasing concern over the environmentWorries over climate change are increasing, with 40% saying they were “very concerned,” almost double the proportion in 2010. Over half (57%) said they were willing to pay to protect the environment either through higher prices, taxes or a cut in living standards. While 60% blame human activity for climate change, just 6% denied there had been any decline in the environment.

The 2021 British Social Attitudes survey consisted of 6,250 interviews with a representative, random sample of adults in Britain. It was conducted just under a year ago between 16 September and 31 October 2021.

British Accrahttp://britishaccra.com
Previous articleKwasi Kwarteng to shrink part-time work benefits to grow labour supply
Next articlePrince Harry and Meghan Markle set to return to US ‘without deal struck’.Check out why

See also  Meghan Markle won't be at Prince Philip’s funeral.Check out why
By continuing to browse the site you are agreeing to our terms and conditions
MORE STORIES