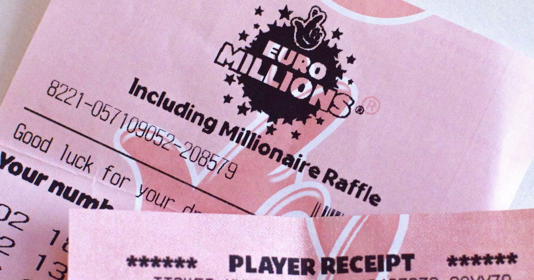 The huge prize puts them among some of the richest people in the country (Picture: REX)© Provided by Metro

Camelot said this evening that the UK ticket-holder had scooped the EuroMillions prize.

The company added that three UK winners who matched five numbers and a lucky star were in line for nearly £100,000.

Camelot’s Andy Carter, senior winners’ adviser at The National Lottery, said: ‘What an amazing night for one UK ticket-holder who has scooped the giant £171 million EuroMillions jackpot.

‘This winner has just become the third biggest National Lottery winner of all time and the sixth UK EuroMillions jackpot winner this year alone.

‘Players are urged to check their tickets and to give us a call if they think they are tonight’s lucky winner.’

Though tonight’s overall prize is huge, it did not break the record £195 million jackpot won by another UK ticket holder earlier this year. It was claimed a day later but the winner chose to be anonymous.

The identity of tonight’s winner was not immediately clear.

But Gloucestershire couple Joe and Jess Thwaite publicly celebrated their £184 million prize after a May 10 win.

British Accrahttp://britishaccra.com
Previous articleliving wage increased early so workers don’t have to choose between ‘heating or eating’
Next articleIf you are poor, it’s time to ask yourself: have you thought of simply being rich?

The voluntary real living wage has been raised earlier than usual to provide more financial support to hundreds of thousands of workers during the...
Read more
See also  All the details about the 7 Supreme Court Justices on the 2020 election petition.