Boris Johnson has reportedly married Carrie Symonds today at Westminster Cathedral in a ceremony planned in strict secrecy, according to newspapers.

The pair are said to have exchanged vows in front of a small group of close friends and family, the Mail on Sunday and the Sun newspaper have reported.

The ceremony had been planned for six months and a handful of church officials were involved in the preparation, according to the Sun.

The 30 guests invited, the maximum number under current lockdown restrictions, are said to have been informed only at the last minute.

It comes just days after reports said the prime minister and Symonds had sent save-the-date cards to family and friends for an event on 30 July 2022.

The newspaper also reported that, shortly after 1.30pm, staff at the cathedral told visitors to evacuate as the building was going into lockdown.

A limousine transporting Symonds, 33, arrived at the piazza outside the main west door.

The couple’s year-old son Wilfred is believed to have attended the nuptials along with two official witnesses.

The ceremony was reportedly carried out by Father Daniel Humphreys who had baptised Wilfred last year.

One witness told the newspaper: “It was closed for about half an hour and they all came out after. It’s not very often we have weddings here, and when they came out they were all bungled into a car.”

Symonds is a former press adviser to the Conservative party and masterminded broadcast coverage for the party during the 2015 general election.

The marriage to Symonds is Johnson’s third. He first married at the age of 23 to Allegra Mostyn-Owen in 1987. The wedding was annulled in 1993 following claims he was having an affair with lawyer and childhood friend Marina Wheeler, whom he married in 1993. The couple have four children. They separated in 2018 and were divorced in 2020.

The Northern Ireland first minister, Arlene Foster and work and pensions secretary Therese Coffey were among those to tweet their congratulations to the couple.

Labour former frontbencher Jon Trickett tweeted that the wedding was “a good way to bury this week’s bad news” on Dominic Cummings’ testimony, the spread of the India coronavirus variant and the row about funding of the Downing Street flat.

A Downing Street spokesperson would not comment on the reports when asked by the Guardian. 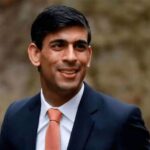 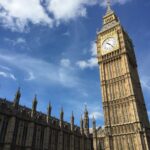 The London tourist attraction named the best in the UK by Tripadvisor but visitors...

British Accra - July 29, 2022
0
The London Eye is such a permanent and iconic fixture in the city’s skyline that it’s easy to forget looking pretty isn’t actually its... 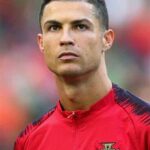